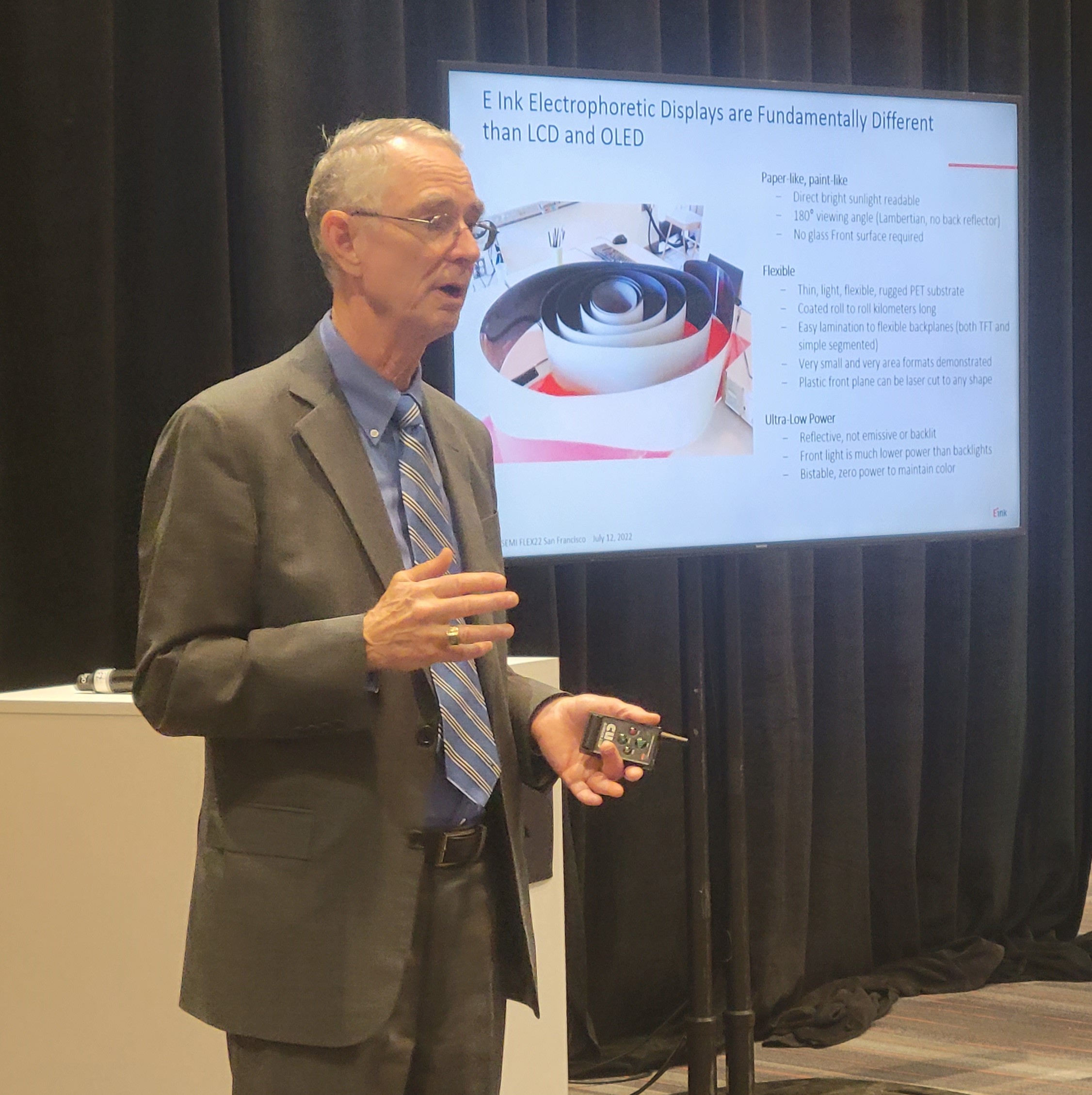 This year, FLEX was co-located with SEMICON West at the Moscone Center. FLEX has been a focused event in years’ past. My first FLEX was 2015 in Monterrey, CA. The environment was very cozy – just a block away from small restaurants and stores. The Monterrey Convention Center at Portola Plaza had an old school resort vibe. Over the years, FLEX moved to the Monterrey Marriot and then to San Jose. Change is the only constant, and while many fear change – FLEX22 proved that change can be very good!

I had thought that co-locating FLEX with SEMICON West would not support the close knit environment of FLEX events in the past. I was more than pleasantly surprised. Moscone is a smaller venue, when compared to Las Vegas, Los Angeles and other mammoth sites. It’s in the middle of the city – in the SOMA district – south of Market. Loads of restaurants, pubs, museums – I took in a Jim Henson exhibit at the Contemporary Jewish Museum. The museum is located in a cut through from Moscone on Howard Street and 3rd Street. 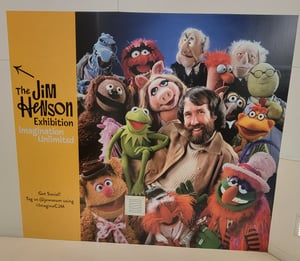 One last point about the SOMA neighborhood – I felt safe during the day and coming back from dinner. So many areas around exhibit venues have become dangerous. SOMA is the exception. I’m hopeful that other neighborhoods improve. We can hope.

Ok, FLEX22 – it was great to get back to the FLEX community. While FLEX/SEMI sponsors regional events, the annual conference is the big show. E Ink had some fun stuff to show – Prism 3 color changing film, JustTint variable window tint and of course, the darling of CES22 and DisplayWeek 22 – the BMW iX Flow featuring E Ink Color Changing Film. 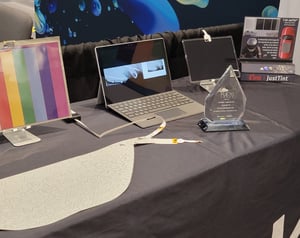 It would have been spectacular to have the iX at FLEX. However, we had a sample of the film. Attendees were impressed – most had seen the videos from CES and YouTube. More than one attendee commented about the ability to evade law enforcement by changing the color of the car. Guess they haven’t seen the Reviver Digital License Plate with E Ink Digital Paper. The Reviver announces when it’s been stolen, among other messages. Sorry, no chance of reprising GTA. 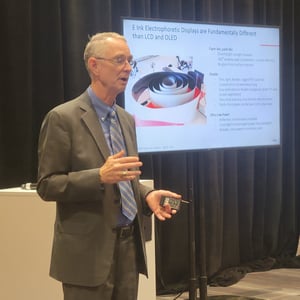 Meeting up with a former Inker, Joe Fillion. Joe is now a PM with ONTO. Lots of war stories were exchanged. 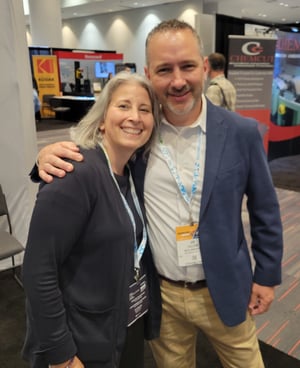 Old friends are the best friends. The author and Joe Fillion at FLEX22. Credit: E Ink

Bert & Ernie – two pigeons who swooped in and spent some time at the FLEX exhibits. I snapped a pic in the Student Poster Center. These birds get around. 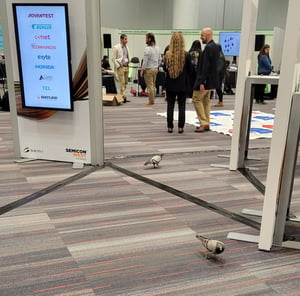 FLEXI Awards – E Ink hosted - along with FlexEnable who sponsored the Innovators of the Future – the student poster awards. The awards went to Jackob Manzi of Boise State, Henry Sun of UCLA, Randal Irwin of UCLA and Michael Crump of University of Washington (tie for third place).

The FLEXI Award for R&D achievements went to Dr. Sheng Xu of UC San Diego for a Fully-integrated Wireless Ultrasound Patch. The patch is worn and transmits images to a monitor.

The Product Innovation award was given to E Ink for the BMW iX Flow project. As a sponsor, E Ink did not participate in the award selection. Also, E Ink CIO and FLEX board member Michael McCreary recused himself from the judging process. Principal Scientist George Harris of E Ink accepted the award on our behalf.

As a sign of things to come, an award for ESC – Environmental Sustainability Champion – was presented to Bob Praino, CIO and co-founder of CHASM Advanced Materials, Inc.

The final FLEXI was awarded to long time member and officer Michael Ciesinski. Michael directed FlexTech as CEO and President, and served as VP of SEMI.

Summer is usually a ‘dark’ time for events – we have time to recover and plan for next year. The shutdown disruptions have changed the cadence of events. We are scheduled for SmartCities DC in September, ANCC and FHA Annual Meeting in October and IOT World in November.

What events have you attended this year? Are you ready for a full schedule in 2023?