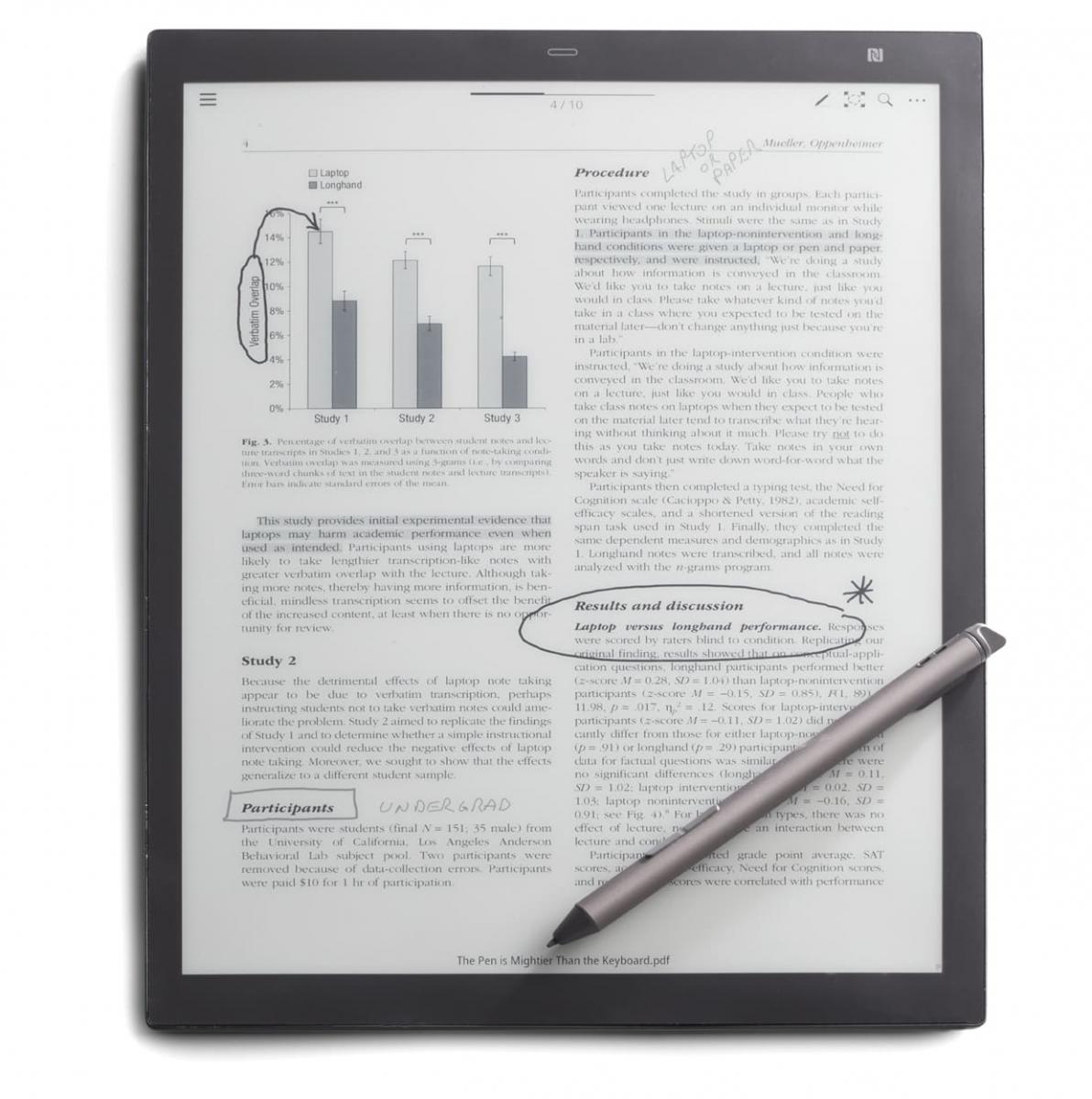 Enhanced Memory Retention and Learning through Handwriting with eNote Devices

“Hold on, let me write this down,” says someone every minute of every day in every country on the planet.  When you need to remember something, refer to some information, pass along some idea – you write it down. But does the method you use matter? It used to be we wrote those notes down on paper. Now, digital applications from Microsoft, Google and more have changed how we ‘take notes.’ Even the venerable research lab notebook has gone digital – with the appropriate acronym – ELN – electronic lab notebook. 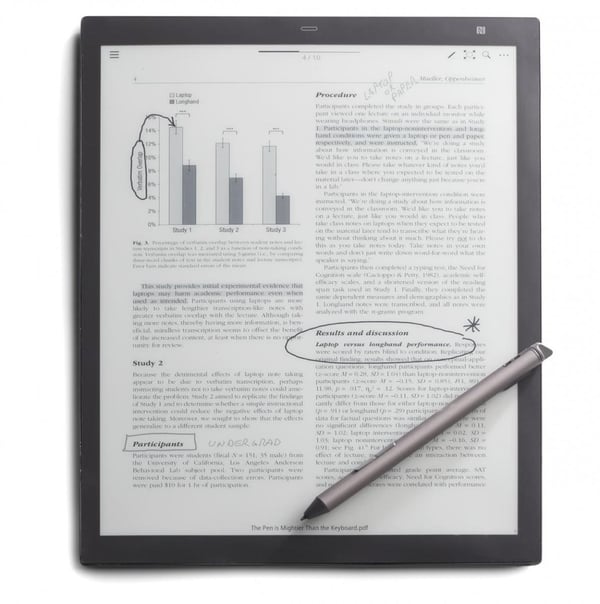 With increased dependency on screens, keyboards, and cloud files – the act of committing information to memory has changed.  In schools and conference rooms everywhere, the clacking of laptop keyboards is the background music of our lives.  In our effort to multitask – because doing one thing at a time is just wasteful – we actually reduce our ability to retain information.

Articles and studies point to the increased retention of information handwritten versus typed into a device. In 2014, Professor Cindi May (College of Charleston, psychology) published an article in Scientific American (https://www.scientificamerican.com/article/a-learning-secret-don-t-take-notes-with-a-laptop/#:~:text=New)  citing research by Pam Mueller and Daniel Oppenheimer clearly demonstrating that students taking handwritten notes outperformed students taking notes on laptops. Some students were tested on the subject matter within a short period after the lecture (an hour) and others after a longer period (a week).  In both examples, the handwritten notes group outperformed the laptop notetakers.

Baffling?  Mueller and Oppenheimer profiled the notetakers.  Those who handwrote their notes were more discerning in what they recorded. It was determined that there is a different cognitive process to handwritten notetaking than typing notes.  Those using laptops tended to transcribe the lecture – taking down the material verbatim instead of choosing specific points to note.  While it would seem that the availability of the entirety of the lecture would be more beneficial when the students returned to the material – this was not the case.

Other aspects of digital notetaking included the amount of time students were distracted from notetaking by using other applications – fully 40% of class time were spent unrelated to the coursework – by college students.  90% of law students were shown to be deviating from coursework for at least 5 minutes per class – 60% were not engaged in half of the class time.

Professor May summarized that Mueller and Oppenheimer’s research shows that while digital technology can enable users to perform more tasks quicker, the technology does not guarantee education.

In the case of eNotes (electronic notebooks), the marriage of technology and cognitive process is very different.  The eNote device affords the user the benefit of the cognitive process of handwriting notes that enhances memory retention, which can lead to enhanced education – utilizing a digital device. A never ending repository of notes and other information which can be shared and stored electronically for recall across other devices and among numerous users. 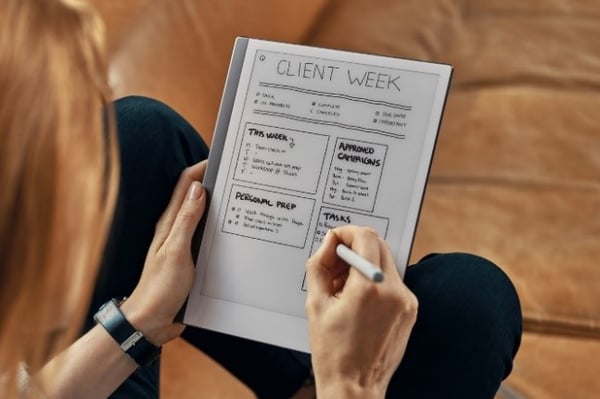 One example of the eNote is the reMarkable 2. This generation was newly released this year by reMarkable and won a “Best Inventions of 2020” Award from Time Magazine.  ReMarkable’s video demonstrates the attributes of a paper experience in a digital device – the paper-like nature of the device which enables the speed of writing, the lack of eye straining blue light, the ability to write/read/annotate documents and share them electronically.

The ubiquitous “unboxing video” and review for the reMarkable 2 is available on YouTube – 4 segments covering technology as well as the practical use of this eNote device.  https://www.youtube.com/watch?v=wpwbVwfWIKE

And the reMarkable isn’t the only eNote device on the market. Onyx, Sony and others have a device that can give you the benefits of writing with digitization.

While the lure of the keyboard is strong, humans have not yet evolved to put aside the ancient act of writing by hand.  Isn’t that comforting?