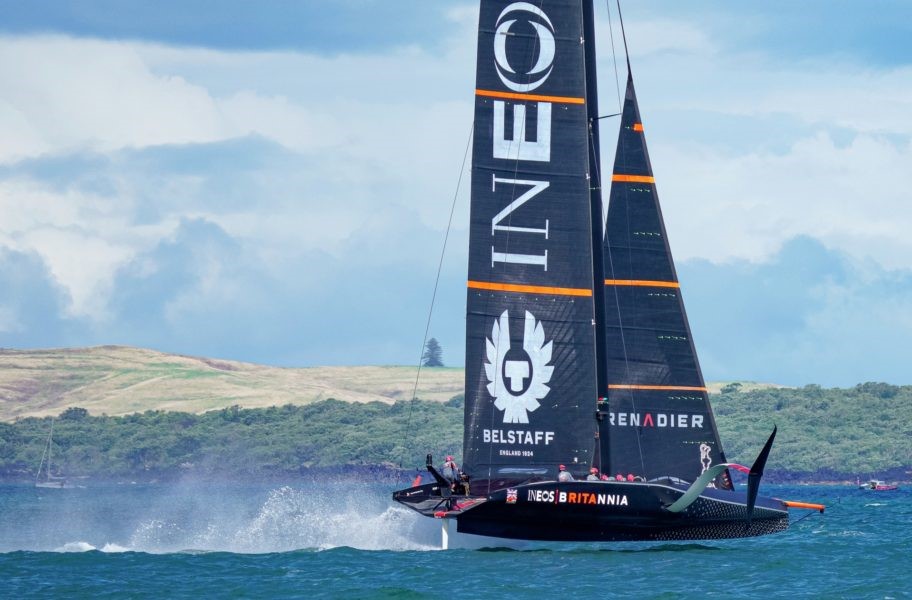 As spring kicks into high gear, more of us are able to get outside, have some fun and make the most of what digital signage has to offer! While we’re sure that’s top on your list of priorities this spring season, it definitely is on the minds of our partners like Papercast, Visionect and Soofa who are making waves in the digital signage industry as of late.

Let’s take a look at what they have going on.

Earlier this year, Papercast supported the INEOS TEAM UK as they took part in sailing’s premier competition, the America’s Cup. Providing breakthrough data access for the team onboard the ship, Papercast proved a valuable asset as the team raced successfully in New Zealand. 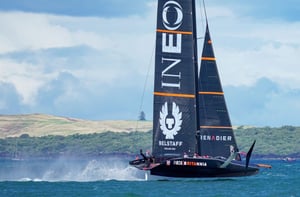 Onboard the boat – which is a feat of engineering success in itself, leveraging new “hydrofoiling” technology that allows the boat to fly above the water – speed, reliability and simplicity are of the utmost importance. The boats speed past crowds at nearly 50mph during the race, and data is necessary onboard to ensure teams remain competitive with the best insights technology has to offer. With that, the team needed a tool that would allow for simple, fast data access in a highly readable format. Papercast was able to develop a bespoke display that was slim yet robust and easy to configure by the team’s engineers. 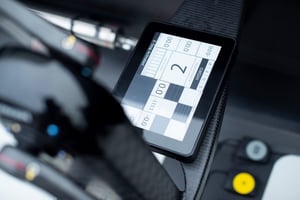 By using eReader technology, the team was able to develop a display that is easy to read in bright sunlight aboard the boat, lighter than any other device on the market and less power hungry, to boot, ensuring that the device would last long hours on the ship without needing to recharge.

Just last month, our partner Visionect announced its new indoor navigation technology Incrediscope to “redefine how people move in indoor spaces,” by offering a personalized wayfinding system to allow for intelligent people flow inside public spaces. Driven by an idea of what the world may look like post-COVID, the technology aims to support a new conscientious approach to public gatherings and crowded spaces like office buildings, shopping malls and transit centers.

While many of our partners already leverage technology for outdoor wayfinding applications, this new indoor approach offers signage that not only tells you which turns to take to get where inside a building, but offers timing estimates and lets you know when you’re running late. Ultimately, this extra information offers further precautions to maintain the health and wellbeing of occupants.

It works by linking a number of strategically placed, wireless ePaper displays throughout an indoor space, to share information in real time and inform customers of wait times or capacity, ultimately making sure visitors get where they want to go as effectively and safely as possible.

In recent months, Soofa has been making waves in the industry with a number of new installations around the country.

In February, Soofa took its signage to Miami, as the city became Florida’s first destination for the brand’s technologies. Integrated into its smart city infrastructure and public transit system, these Soofa signs share real-time transit updates, city announcements and other information to make traveling around more enjoyable and safer than ever before.

While expansions are planned, this first phase of installations placed signs in the Brickell and Government Station areas of Miami’s above-ground rapid transit system. They are colorful and vinyl-sticker-covered to catch the eyes of pedestrians and even highlight attractions nearby train stations in the area. 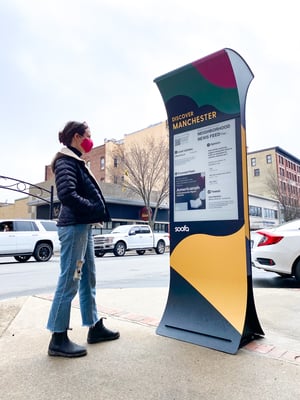 As part of its continuous expansion across New England, Soofa made its first foray into New Hampshire in March, integrating Soofa signs into the smart city infrastructure in Manchester! Now, Manchester is part of an exclusive trio of New England areas that boast Soofa signage, joining Boston and Western Massachusetts on the list. The sign shares information on hyperlocal news, cultural events, local business specials and even polling questions, and acts to engage and connect citizens in the community. 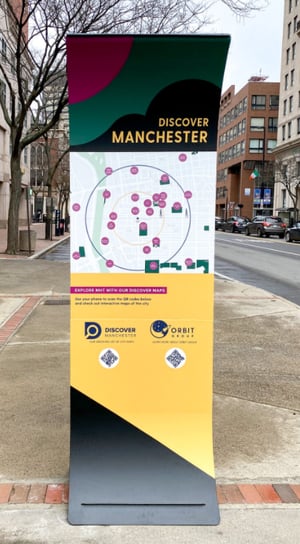 No matter the season, our partners keep us on our toes with new expansions, installations and product announcements! Stay tuned for our next update.