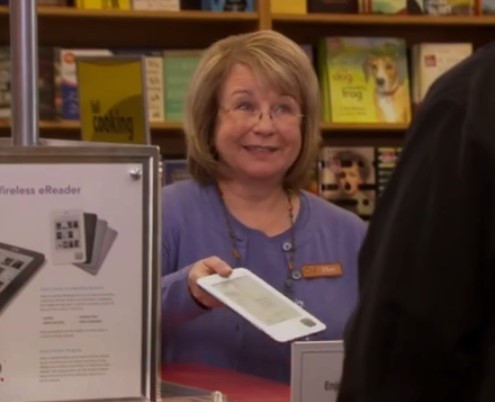 E Ink on the Big Screen

We enjoy seeing all the #EInkInTheWild pictures that are sent to us on social media. It’s a magical feeling when we see E Ink at bus stops, train stations or in your community or nearby neighborhoods – it puts a big smile on our face.

But did you know E Ink is also a “regular” on the big screen? Enjoy this quick look at three E Ink tablets that made cameos in your favorite TV shows.

The Office built an entire episode around the Kobo eReader. In S7E13 when Andy, Dwight, and Darryl go to the Borders bookstore, Darryl reveals to a store employee that his New Year’s resolution was to read more books.

“Well, if you read a lot, you should check out our eReaders,” a cashier tells Darryl at the register, “they’re really neat." 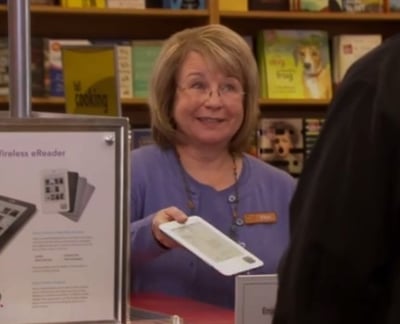 “I work at a paper company. Those things terrify me. They could put us out of business. I heard those things hold like 10 books at once.”

Darryl is impressed – “It’s so light. Like a croissant.”

Later in the episode, the group end up at a roller-skating rink. Darryl is seen slipping away, only to read on his brand new Kobo eReader. 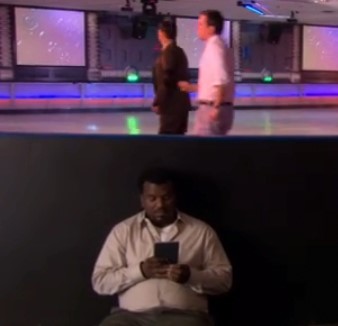 Amazon Kindle can be seen in several episodes of The Big Bang Theory. It first appeared in The Gorilla Experiment episode (S3E10) where Sheldon teaches Penny the basics of Physics. 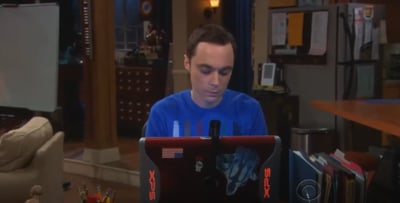 Later in the season, the audience can see Kindle in the background on the cabinet in Sheldon and Leonard’s kitchen. 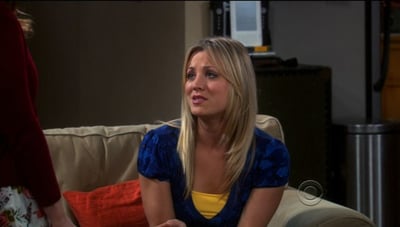 Can you tell which Kindle model this is? 😉 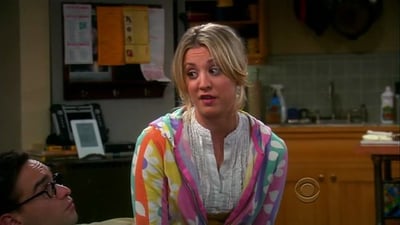 In the episode “Airport 2010,” Jay (played by actor Ed O’Neil) thinks that his wife Gloria is flying him out to Hawaii for his birthday. But when they get to the airport, he’s dismayed to discover that she invited the entire family (and paid their travel expenses too!). 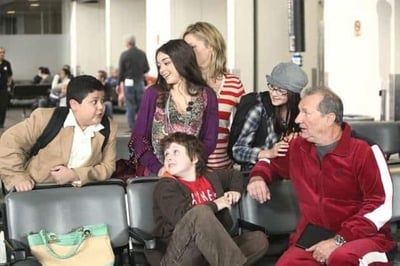 He was looking forward to just relaxing by the pool with a bunch of Robert Ludlum thrillers (or “Ludlums” as Jay calls them) that he had downloaded onto his “eReader thing.”

But now that the family intruded on his vacation, all he has are his Ludlums…Until Luke accidentally sits on his eReader, breaking the screen. Jay cries out, “My Ludlums!” 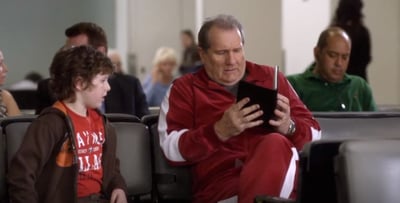 And that’s not all, Date Night, Chuck, and even The Simpsons have featured characters with a Kindle.

Have you spotted any E Ink tablets and devices in your favorite movies or TV shows?